They were music heroes for me. The best DJs, Live-Acts, Producers in my eyes. But driven by commerce or by whatever they suddenly changed into something worse… other style, other image. No quality at all anymore. This is about me and my Fallen Heroes. 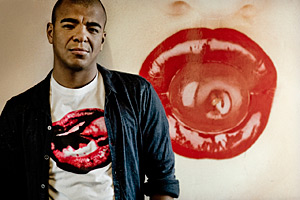 Erick Morillo is a clever guy: first he writes a worldwide hit, but instead of putting his name and his face on the stage he hires a "Mad Stuntman" and calls the song "I Like to Move It". After making enough money with this "Reel 2 Real" project Morillo concentrates on the things he really wants to do: deejaying.

Erick is an extremely skillful artist and he plays himself into the top league of House DJs in no time. He needs an own independent platform for good releases and founds one of the most important House Music Underground labels: Subliminal Records.

Now he can release every year an important and highly respected Mix-CD, the "Subliminal Sessions", showing the world his talent and his diversity! The secret of Morillo is he is not sticking to only one House style like most of his colleagues, no, Morillo picks the best of the full range of House and creates one masterpiece.

And he makes use of the technical progress in electronic music. As one of the first DJs he plays next to turntables also with CD-Players, effect and looping units. Morillo creates an unique style, looping a cool underground beat of this track, putting the concise vocals of another track over it, effect here, equalizer there. Morillo puts a firework on the dancefloor like never heard before, he is working in his DJ booth like a maniac with at least 4 arms. If a DJ is worthy of getting 10.000$ for a gig then its Morillo.

He controls the dancing crowd like no other DJ. If Morillo wants to make us scream, we scream. If Morillo wants to make us freak out, we freak out. If Morillo wants us to calm down after a firework, we calm down, to get ready for the next climax. He is famous for creating a unique style of breaks, in the right moment he puts the pumping bass suddenly down, letting the high tones loop, bringing in some additional sounds and effects… the whole crowd is freaking out and is wishing only one thing: Bring back that Bass! And Morillo brings it back - more powerful and mighty than never before. Moments I will never forget in my life. He is for me the best DJ in the world.

But not only for me, the famous club Pacha in Ibiza is offering him every summer a weekly residency, the "Subliminal Sessions" parties are THE highlight on the island. Once connected with the Pacha crew Morillo opens his own Pacha in New York. Cherries never tasted so sweet. He seems to be unstoppable.

The only one who can stop him is Morillo himself. Suddenly around the year 2008 Morillo changes. He plays mainly commercial house hits, the diversity, hardness and the power in his music are gone. And also his mighty breaks are suddenly lame and in the complete wrong moment. What happened?! Is he doing too much? Does he have no time anymore to prepare his sets? Is he getting too old? Does he not feel anymore, what the crowd needs? It seems like somebody took away his gift.

But who got it then? Maybe Axwell, the new looping and effects master. He plays cheesy, but he knows definitely how to put energy on the dancefloor. Maybe Matthias Tanzmann, the new king of breaks. They are mighty, so mighty that the whole party crowd goes down on their knees, rocking to the beat down there, waiting for the bass to come back…