Hi DIRTY MINDS! A great year comes to an end. Our personal party highlights were “Berlin Beats & Boats” and our amazing honeymoon in Ibiza with lots of special events. Especially two debut nights we have to mention: “Music On” from Marco Carola at Amnesia and Richie Hawtin’s “ENTER” at Space.

2012 had also a lot of great House Music tracks, so the choice was not that easy:

Many thanx to all our listeners and fans! Have a great year 2013!

P.S.: if Christmas gets too boring, tune in for free to our House Music Internet Radio at www.dirtymindmusic.com 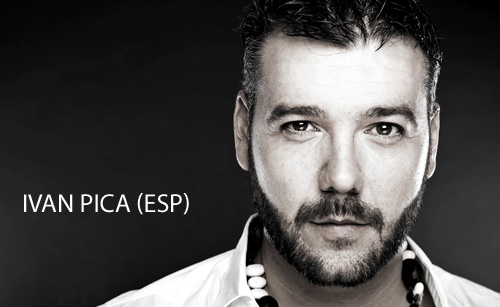 This weeks DIRTY MIND MIX is from Spanish DJ & Producer Ivan Pica. Tune in to our House Music internet radio at www.dirtymindmusic.com

About the artist:
Ivan Pica is playing for the best clubs and trademarks (Space of Sound, Ministry of Sound, Cafe Olé, Pacha), accompanied by the deejays more representative of the current electronic scene (Carl Cox, Funkerman, John Acquaviva), and also shared the main stage with international artist like Kanye West or Sugababes. Internationally, Ivan Pica, is considered one of the most influential music producers in the market. He has worked for labels such as Spinnin, Starlight and Urbana, among others, and remixed artists as Joe T Vanelli, Amo and Navas, Greg Cerrone, Dj Chus, Peter Gelderblom, Rene Amesz, Wally Lopez and many more. He was the first Spanish producer to reach the TOP 1 in the House genre of Beatport.com with his track "Freak".

House Music in 2013 can be best described as „back to the old school“. Older House genres and elements will have their ultimate revival.

The Ibiza 2012 season showed clearly were the trend goes to. One of the biggest successes in the summer had Solomun with his Diynamic's Neon Night, championing the Deep House sound every week. Complex melodies and chords combined with hard driving beats will be big in 2013, setting a clear sign against the trends of the last years: Tech House and Minimal. Also vocals and the good old House organ are back, Robin S would be so proud…

Without Acid House, House Music would have not the standing like it has nowadays. This genre brought end of the 80s House to the masses and developed a lot of unique elements, which all will have a big revival in 2013. There is the specific TB303-sound, the snare drums, sirens, the typical way the deep bassline is played, and and and…
A lot of producers will use these "old elements" and combine it with a fresh up-to-date production style. The results are energetic tracks with a classic touch.

Let’s see, if the smiley gets a revival, too! 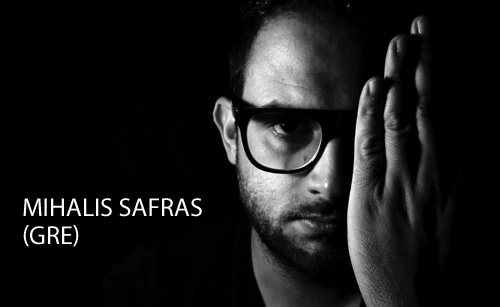 This weeks DIRTY MIND MIX is from Greek DJ & Producer Mihalis Safras. Tune in to our House Music Internet Radio at www.dirtymindmusic.com

About the artist:
Greek DJ/producer Mihalis Safras has a long history in the electronic music scene and his name has made a big impact on the Beatport and DJ charts in the past months.

His latest release ‘Mentos’ on Great stuff has hit number 3 on the Techno charts and with over a dozen releases in the past 12 months on such celebrated labels like Get Physical, Toolroom Records, Great Stuff Recordings, Skint and Snatch, he has rightly entered the Top 50 all-time most charted artists on Resident Advisor; a testament to his relentless work ethic and sheer energy in the studio.

As the mastermind behind the Material Series, which recently celebrated its 6th anniversary, and Saf Series releases, his unrestricted and creative productions have appeared alongside and been supported by an impressive list of artists including Sven Vath, Carl Cox, Richie Hawtin, to name but a few. As well as his own productions, Mihalis can add a vast number of remixes to his catalogue, including those for Mark Broom, Dubfire, Gregor Tresher, Italoboyz, Danny Serrano, Wally Lopez and a variety of other well known artists.

Mihalis can be recognised for his cleverly infectious, bouncy tech beats, stomping grooves and driving techno that only he creates so well. The calibre of his studio output is celebrated by the likes of Toolroom and Mark Knight, with tracks selected for the world famous compilations of their Ibiza and Ibiza Underground Volumes. Many of his productions have also been used for the official compilations of Love Parade, Pacha, Space Ibiza and DJM. Not to mention the long list of additional label support that includes, Snatch!, Great Stuff, Saved, GOM, Skint, Soma and Trapez. The countless number of EP’s to be released on Toolroom has seen Mihalis’ quality tech/house tracks finding themselves at home amongst the labels sound.

Mihalis is a talented in the studio as he is behind the decks. A natural and perfected DJ, Mihalis is capable of playing with the whole spectrum of styles, as seen through his mixed CD sessions, podcasts and streams such as, Ibiza Voice and Beatport. His skill and attitude have seen him play in some of the best venues across Europe and America including Tresor, Berghain/Panorama Bar, Row 14, Egg and Corsica Studios. Not one to rest on his laurels, Mihalis looks to increase his appearances in the next year, bringing his sound to even further reaches of the globe.