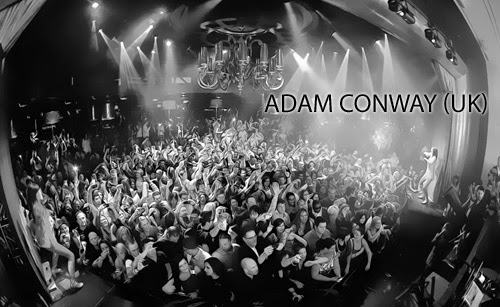 This weeks DIRTY MIND MIX is from Adam Conway from Eargasm House Nights in Manchester. Enjoy his set at play.dirtymindmusic.com.

About the artist:
Meet Adam Conway Co-founder of Manchester UK's biggest house night EARGASM! Adam first hit the turntables at the tender age of 16 where he first started to mix dubstep, pressed to vinyl and worked on his mixing straight in at the deep end with the raw materials and essentials in the form of Technic 1210's! As the years progressed and time went on Adam didn't digress from the odd bassline and moved onto the fast growing genre that took the UK by storm which was that of speed garage and 4X4.

After a period of time Adam took a back seat within music and packed away his turntable's and cases of vinyl to only return to them another day ....

Approximately 4 years later Adam saw an opportunity to bring his ideas and strengths to the night life of Manchester at which point created his very own house night! A name for the night wasn't easy and took him and Co-founder Dan Willams some time and endless conversations to finally produce and come up the name EARGASM, which they thought described the event perfectly. Eargasm has evolved over a 12 month period and is now labelled as one of the biggest house nights in Manchester which has featured some of the hottest and well known DJ's on the house scene, Not only all this in such a small space of time the event is also set to gain residency at one of Manchester's biggest night clubs.

When asked a few questions about his events and brand so far he replied with "Eargasm has done us proud so far, we've gone from strength to strength over these last 12 months and we couldn't have done it without the DJ's and clubs we've had the pleasure of working with so far. Were not interested in VIP sections and Champagne lifestyle clubbers, all we want is a underground club with CDJ's, Mixer the best house DJ's from around the world and oh yeah a funktion 1 Soundsystem!"