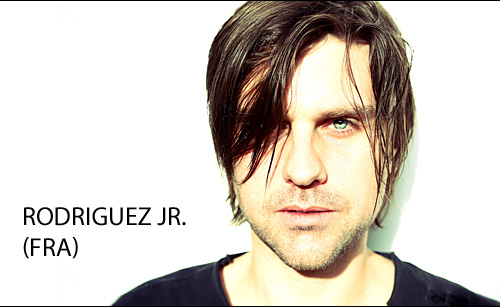 This weeks DIRTY MIND MIX is from French DJ & Producer Rodriguez Jr. This time the Mobilee artist presents a DJ set on our radio. Enjoy!
Tune in at www.dirtymindmusic.com

About the artists:
Not many electronic music producers manage to release award-winning albums, sell shelf-loads of 12”s and perform around the world before the hit the big 3-0. But Brussels-based Rodriguez Jr. (aka Olivier Mateu) has done exactly that. As half of French electro act The Youngsters he’s already packed more into his time in the industry than some do in their whole career. Over the past nine years he and his partner in crime have released loads of EPs and remixed tracks by dozens of artists. Their two studio albums - released, like their singles, on Laurent Garnier’s F-Communications - won a string of awards and accolades from some of dance music’s biggest names. This success catapulted them onto the international circuit. While it’s all electronic and put together largely in Rodriguez’s own MLab Mk5 studio in Brussels, his music can be leftfield and experimental or rich, melodic and poppy - depending on his mood. Be prepared for the unexpected.