DIRTY MIND MIX #122: The Man With No Shadow (Netherlands) 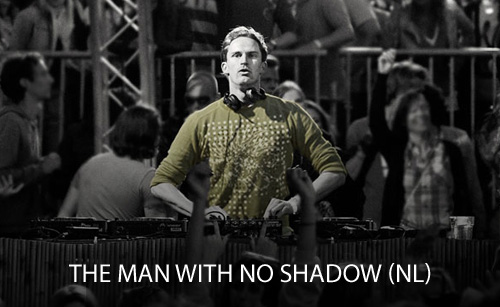 This weeks DIRTY MIND MIX is coming from Dutch DJ The Man With No Shadow. We are happy to present finally a mix from him, as The Man was very high on our wish list. Enjoy a great House set! Tune in at www.dirtymindmusic.com

About the artist:
The Man With No Shadow (in Dutch: De Man Zonder Schaduw) – a shady name for a respectable DJ. Gaining notoriety as co-founder and resident of the infamous GZG parties, he is now one of Holland’s most wanted jocks. Representing the underground with a stern smile towards the mainstream, he’s winning over crowds across the Netherlands and beyond. A matter of timing or just a captivating choice of records? Who’s to say. Somehow The Man never fails to supply magical moments. Most recently, The Man’s focus has become more international – especially since he became an intercontinental resident for Sensation Deluxe (2008 – 2011). Headlining the second floor of the world’s largest travelling indoor event and touring thirteen country’s – including Portugal, Denmark, Russia and Spain – has not only strengthened his determination to conquer all corners of the Earth. It also proves that a great deejay isn’t defined by his productions, but by his ability to rock any given dancefloor.